How does a 3D Printing Blogger Turn into a Tailor?

Owen graduated from California College of the Arts is an industrial designer and a big fan of Creality. He has designed a lot of amazing clothes with Creality’s 3D printers.

Think about what problems will you encounter and how to fix it if you print clothes with a 3D printer. Let's take a look at it right now! 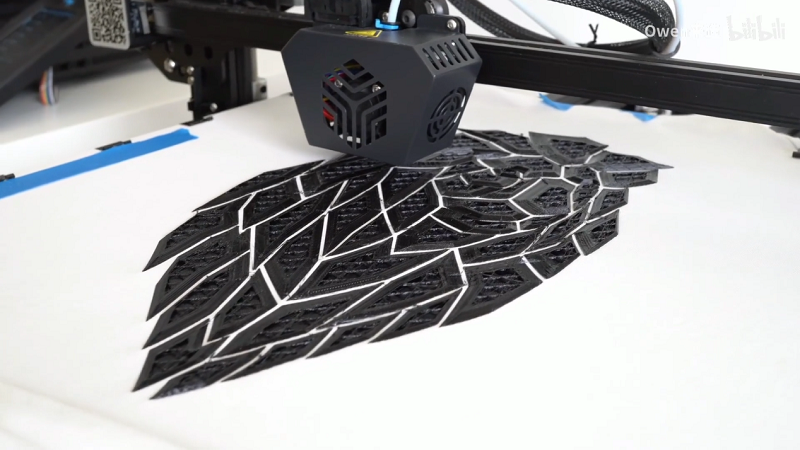 According to Owen, he thought the technology should be easy to use by putting the cloth on the 3D printer and printing it. But the result turns out to be different.

He has researched four different fabric printing methods for more than a week and kept testing for 2 days. He stumbled upon a direct relationship between print viscosity and speed - the slower the print, the more stable the adhesion.

Here comes the process of printing clothes with 3D technology.

1. Lay the garment flat and clamp it to the build surface of a 3D printer.

2. Re-level until the nozzle does not pick up the fabric.

3. Reduce 10% to 20% the print speed of the first layer and start printing again

4. Once the first layer is finished, adjust the speed to full speed.

The gantry is equipped with double pull rods to coordinate with the dual Z-axes linkage and timing belt, which is more stable. The filament sensor and the resume printing function help avoid the waste of time and filaments. The modular nozzle kit dissipates heat more evenly and prints more precisely.

After more than 20-hour printing, the product was finally ready. Looking at the printed model, Owen said he was satisfied and it was quite cool.

Problems will be encountered during the printing process, but to make breakthroughs, we need continuous practice and exploration. This is in line with the core value of Creality.

How does a 3D Printing Blogger Turn into a Tailor?
Recent News